LIVING HISTORY IS ONE OF THE MOST popular, and accessible ways for people of all ages to step back in time. From Colonial Williamsburg, to Mount Vernon, to historic markers identifying George Washington’s stopping points, living history continues to be a valuable way to learn about cultural, historical and political practice in early America.

In Surveying Early America: The Point of Beginning, An Illustrated History, award-winning photographer Dan Patterson and American historian Clinton Terry vividly and succinctly unpack the profession of surveying during the eighteenth century. Over 100 full color photographs, exclusively shot for the book, depict authentic and historically accurate reproductions of techniques and tools, with help from American reenactors from the Department of Geographer. This provides an interpretive look at surveying as a primary means to building the nation.

This open access companion website gives readers a behind the scenes glimpse at the making of Surveying Early America. From photographer field notes to author perspectives on locations, research and sources, these StoryMaps bring readers inside the minds of the content and book creators--author, photographer and publisher.


Through the pages of the book, readers are treated to brilliant photographs and fascinating details of how early America, in particular the east to the Ohio River Valley, was initially divided and documented. See the profession and methods of land measurement and surveying in British colonial North America—techniques that did not substantially change until the invention of GPS technology 200 years later.

Together, the Ohio-based photographer and author team create a single story, expanding the understanding of primary source material for general readers and those with a passion for early American history. This companion StoryMap provides interactive maps and extra images which go where no book on the topic has gone before. 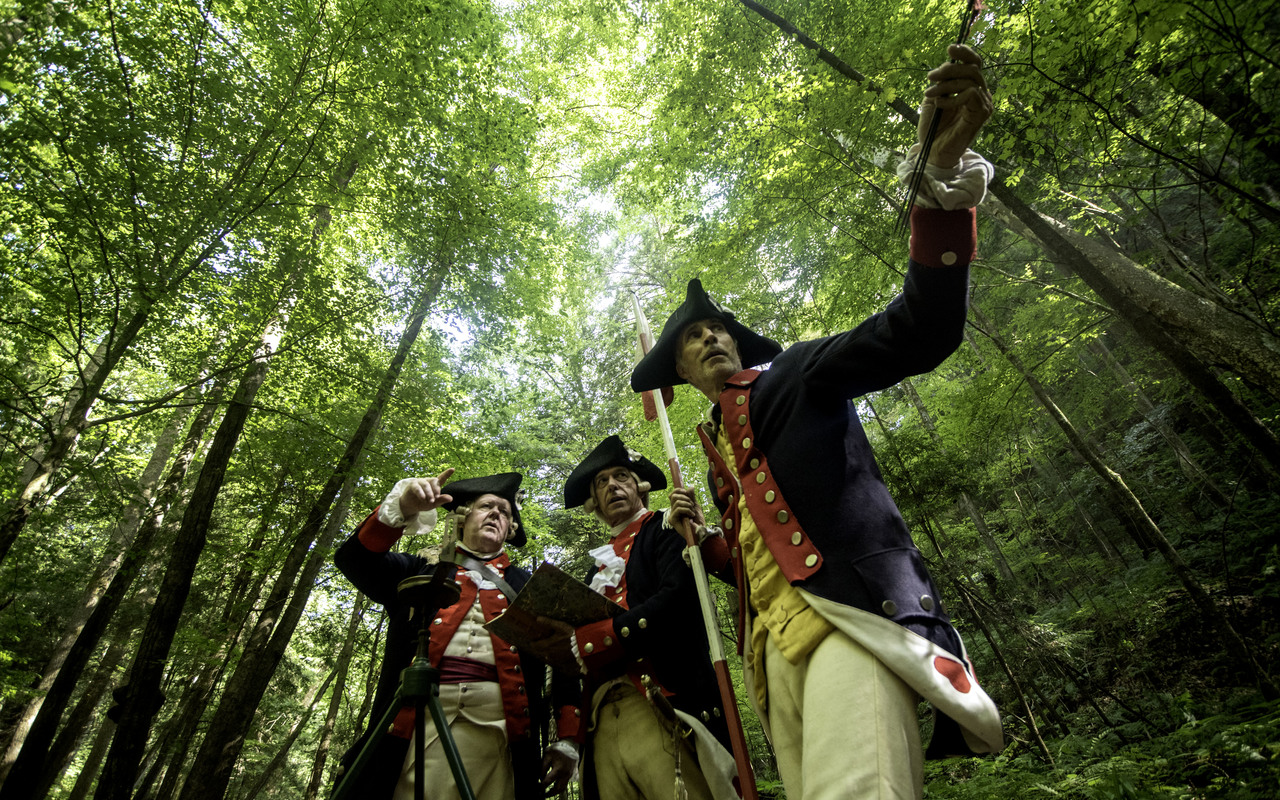 Praise for Surveying in Early America: The Point of Beginning, An Illustrated History

This highly readable and beautifully illustrated book highlights the central role that surveying played in the founding and definition of the United States, while also bringing to life a formative period in the growth of one of the greatest Founders, George Washington.

—Edward G. Lengel, author of First Entrepreneur: How George Washington Built His and the Nation’s Prosperity and former scholar in residence at Colonial Williamsburg

Surveying in Early America brings to life not only the art and science of surveying in the 1700s but also how it directly contributed to the development of our nation.

To leave a note for the authors, we invite you to annotate the text. To do so:

2. Once you are signed in, navigate to the text you would like to read

3. Highlight a word or phrase and a drop-down menu will automatically pop up

Thank you for reading!