Read excerpts and engage in discussion with the other readers, the editor and the authors. This excerpt of In Service to the City is part of the University of Cincinnati Press's open-access Platforms and Pathways in Social Innovation: Racial Equity.

Background image of the Bridge, circa 1985., connecting the Tangeman University Center, in the background, with the western part of campus, including McMicken Hall and Teachers College, the bridge became the university’s most important political space during the late 1960s and early 1970s. The buildings to the left, Old Tech and Tanner’s Lab, and the bridge itself were demolished in the 1990s. Photograph files, Archives & Rare Books Library, University of Cincinnati. 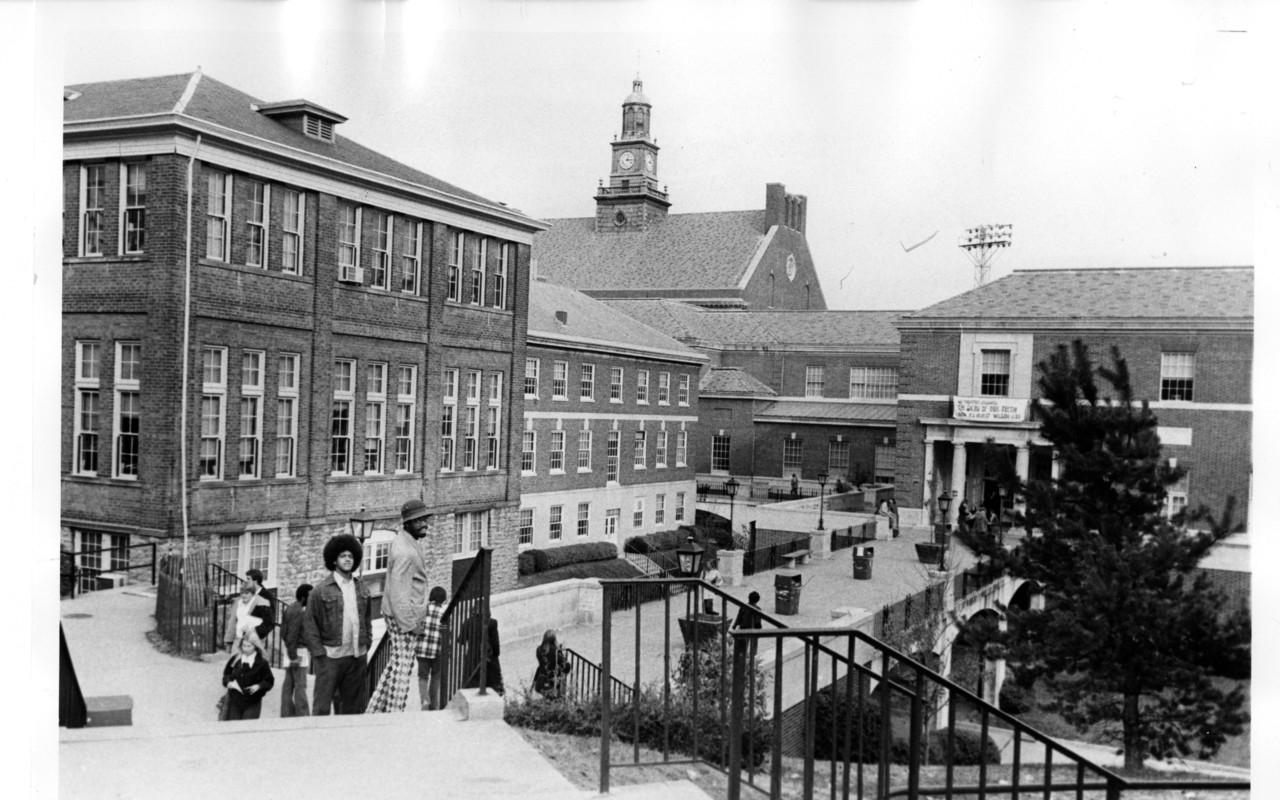 Excerpt from IN SERVICE TO THE CITY